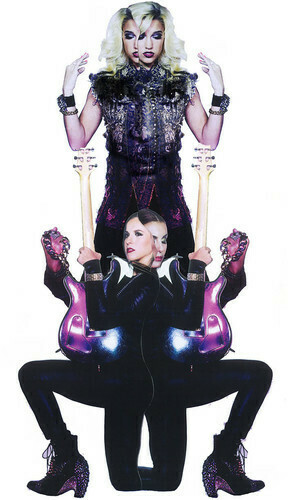 Vinyl LP pressing. 2014 release from R&B/Funk superstar Prince and bandmates. PLECTRUMELECTRUM is a classic band record, with 3RDEYEGIRL which include Prince, Donna Grantis (guitar), Hannah Ford Welton (drums) and Ida Nielsen (bass). Recorded live and in analog the album is an electrifying funk-rock statement. Many of the tracks from PLECTRUMELECTRUM were performed live on the 'Hit & Run' tours of the UK earlier this year - incendiary performances in a series of historic venues - which led The Guardian to declare 'These are performances by one of the greatest funk-rock bands ever.' The group was showered in 5-star reviews from all major reviewing media.