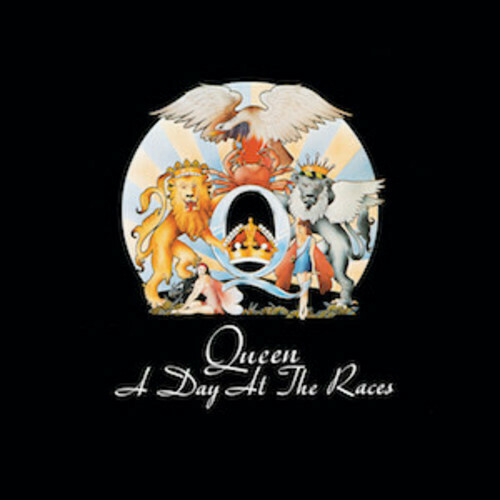 Queen / A Day At The Races

QUEEN / A DAY AT THE RACES VINYL LP A Day at the Races is the fifth album by British rock group Queen, released in December 1976. It was the band's first completely self-produced album, and the first not to feature producer Roy Thomas Baker. Recorded at Sarm East, The Manor and Wessex Studios in England, A Day at the Races was engineered by Mike Stone. The title of the album followed suit with it's predecessor A Night at the Opera, taking it's name from the subsequent film by the Marx Brothers. The album peaked at #1 in the UK, Japan and the Netherlands. It reached #5 on the US Billboard 200 and was Queen's fifth album to ship gold in the US, and subsequently reached platinum status in the same country. A Day at the Races was voted the 67th greatest album of all time in a national 2006 BBC poll.Superb 180 Gram re-mastered vinyl with all original artwork (including inner sleeves). Hollywood Records. 2008.