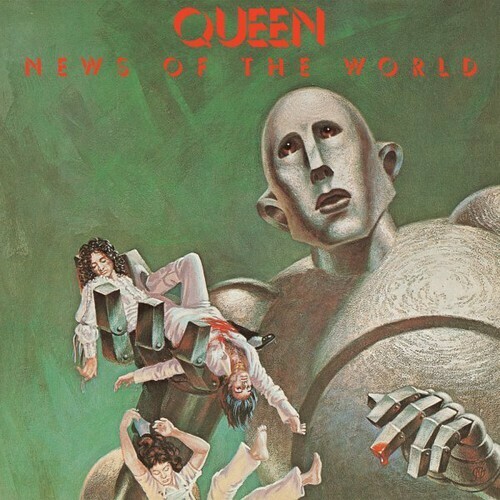 Queen / News Of The World Reissue

An explosion of styles, News of the World, reinforced Queen's multiplatinum successes of a Night at the Opera and a Day at the Races while also branching out into new genres, including the punk-metal of Sheer Heart Attack. It is a tremendous Rock Album. Includes the massive, world-wide hits We Will Rock You, We Are the Champions and It's Late. This edition reproduces the U. S. original vinyl release, including the gatefold sleeve. A multi-platinum smash in it's original and CD releases, now restored to glorious analog 180 gram jet black vinyl LP. Yes it's Phase II of Queen on Vinyl Collector's Edition re-issue program - every Queen studio album is to be released on vinyl LPs over the next two years. The original albums are being re-issued correct in every detail to the original releases, including inner sleeves, packaging and bonuses.