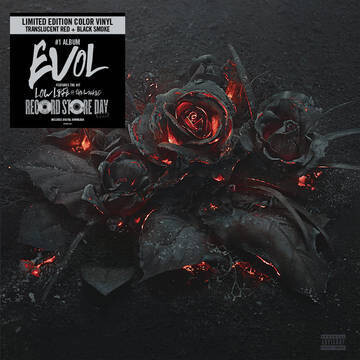 Rap superstar Future continued to forge his own trailblazing path in hip-hop with the release of his fourth studio album, EVOL, led by the lone feature “Low Life,” a collaboration with The Weeknd. As a standout in a wave of projects, EVOL further cemented Future as the most dominant voice in rap, reaffirmed his notable influence on the genre as a whole, and takes place as one of the many jewels in the crown of Future’s evolving rap legacy. To commemorate five years of the record, EVOL arrives in limited edition translucent red + black smoke color viny as part of RSD Drops.