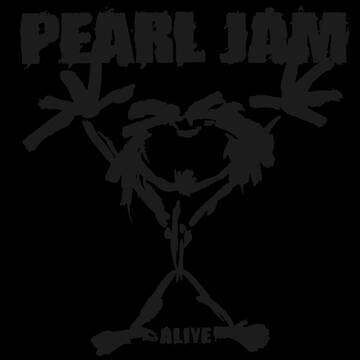 2021 marks the 30th anniversary of Pearl Jam’s iconic debut album Ten. “Alive” was the first single off the album and 30 years later it’s being reissued as both a 12” and a cassette single.

The 12” features the original promo single version of “Alive” plus three rare b-sides: “Wash”, “Dirty Frank” and the Beatles’ cover “I’ve Got A Feeling”, which is currently not available anywhere else. All four tracks are included on side A while side B contains an etching of the band’s Stick Man logo.