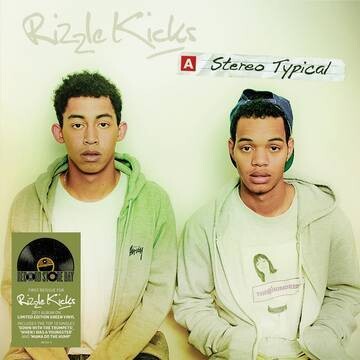 Rizzle Kick’s album, Stereo Typical, has been newly remastered for 180g vinyl at Abbey Road Studios. Originally released in October 2011, it was the Brighton hip-hop duo’s debut album and peaked at #5 on the U.K. Albums Chart the following February. It includes the Top 10 U.K. singles, “Down with the Trumpets,” “When I Was a Youngster” which was featured on the soundtrack to director Danny Boyle’s opening ceremony at the 2012 London Olympic Games, and the Fatboy Slim-produced “Mama Do the Hump” (#2). Green LP housed in an eye-catching gatefold sleeve with the original artwork. Limited Edition.