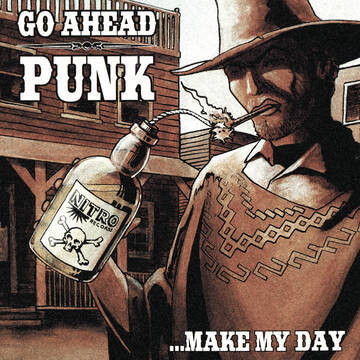 Any ‘90s punk fan will surely remember coveting a copy of Go Ahead Punk…Make My Day – a classic CD sampler from Nitro Records. Originally released in 1996, the album delivered early cuts from some of the biggest names in West Coast punk. Available for the first time on vinyl, this reissue features 10 high-energy tracks from AFI, Guttermouth, Jughead’s Revenge, The Vandals, and The Offspring – including the latter band’s cover of “Hey Joe,” a long sought-after fan favorite which was previously exclusive to this compilation. Pressed on Orange Splatter vinyl.