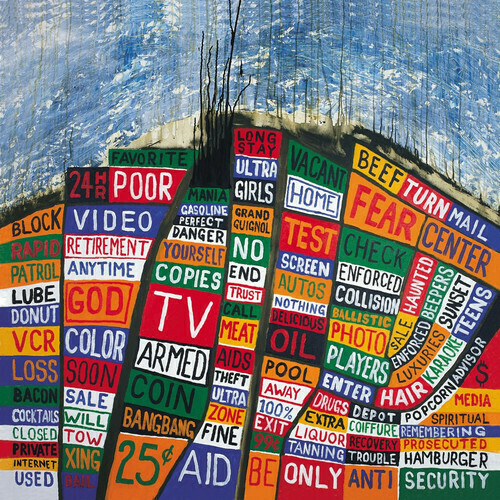 Radiohead / Hail To The Thief

Radiohead - Hail to the Thief (2Xlp) (45 Rpm) (180G) The sixth studio album by Radiohead, originally released in 2003, Hail to the Thief was seen as a return to alternative rock, drawing it's sound from every era of the band's existence. Band members described the album as having a more "swaggering" sound and a relaxed recording process, in contrast to previous tense sessions. At nearly an hour in length, the album is the band's longest, with many of it's songs within the two-to-three-minute range, shorter than the band's average. Thom Yorke said he was inspired by Beatles songs of that length which he thought felt much longer. 45rpm Double LP 180g Vinyl