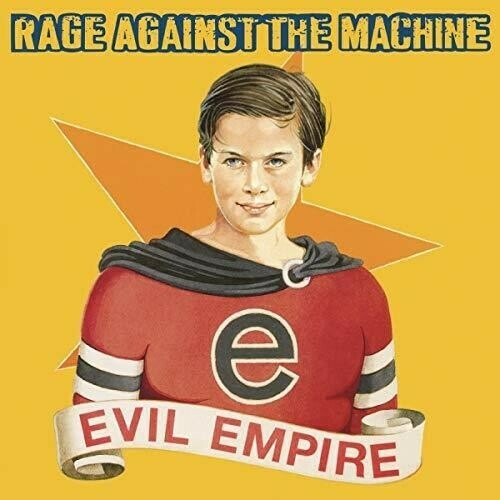 Rage Against The Machine / Evil Empire

Limited 180 gram vinyl LP pressing. Evil Empire is the second studio album by Rage Against the Machine, released on April 16, 1996 by Epic Records. It's title refers to a term used in the early 1980s by President Ronald Reagan and many American conservatives to describe the former Soviet Union. Evil Empire debuted at #1 on the US Billboard 200, and their song "Tire Me" won a 1996 Grammy Award for Best Metal Performance; "Bulls on Parade" and "People of the Sun" were also nominated for Grammys for Best Hard Rock Performance. Formed in 1991, Rage Against The Machine consists of vocalist Zack de la Rocha, bassist and backing vocalist Tim Commerford, guitarist Tom Morello, and drummer Brad Wilk. Rage Against the Machine is well known for the members' revolutionary political views, which are expressed in many of the band's songs.