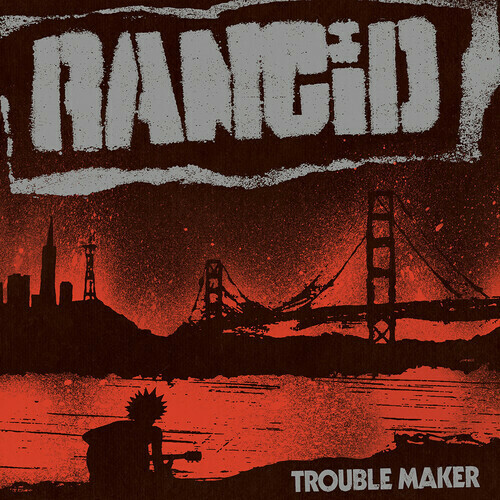 Trouble Maker (Purple Vinyl / Indie Exclusive) Rancid as a band have always been imbued with a sense of place: the blue collar neighborhoods where they grew up in Berkley, California, their place as individuals within their band, their band as part of a movement and their evolving sense of place in relation to the world at large. This year Tim Armstrong (vocals, guitar), Matt Freeman (bass, vocals), Lars Frederiksen (vocals, guitar), and Branden Steineckert (drums) return with their ninth studio album... Trouble Maker. Born in the midst of the post-Reagan economic downturn in the San Francisco Bay Area, the East Bay region specifically, Rancid came to light as Armstrong and Freeman were moving forward after the first band they founded, Operation Ivy, reached a friendly demise. As Rancid, the band took up the torch of social commentary and the examination of the local scene and instantly inflamed the newly revived punk community, setting the stage for what was to come. After having seen the American dream dwindle and fade within their country, community and homes, Rancid put their description of it's aftermath into their songs. Each album served as a layer cementing Rancid's natural place in punk. Their lyrical themes established their identity in the punk rock world while musically they incorporated horns, rockabilly bass lines, reggae rhythms, rasp, and distortion. Balancing their personal tales of love, loss, and heartbreak with attitude, Rancid gave their listeners a community. Over the past 2 decades, Rancid has shown awareness of their changing environment and have established their place in it, all while never losing sight of themselves as individuals or as a band. Purple Vinyl / Indie Exclusive only 1000 copies available. Download Card included.