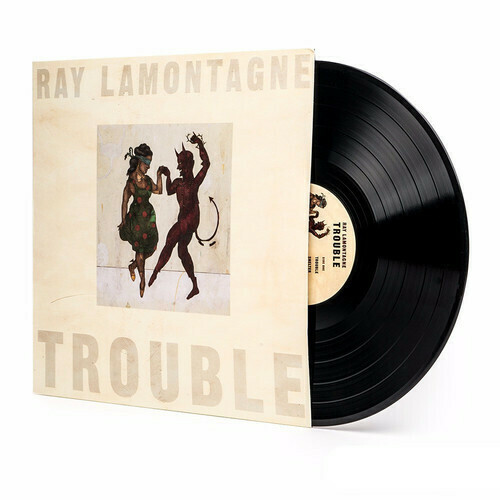 Trouble is the debut album by singer-songwriter Ray LaMontagne. It was released on September 14, 2004 in the United States, and on September 20, 2004 in the United Kingdom. Although the album was released in 2004, the song didn't enter the top five of the UK charts until August 2006. The album was produced by Ethan Johns, released on RCA Records, marketed by BMG and distributed by Stone Dwarf Records. Burn", "Trouble", and "All the Wild Horses" were featured in the second season of the American television show Rescue Me. "Hold You In My Arms" was featured in the 2007 season finale of the television show Grey's Anatomy. The album has sold 239, 000 copies in the United States, according to Nielsen SoundScan. Jennifer Stills and Sara Watkins are featured on several tracks. The album cover was designed by Jason Holley, and was chosen by LaMontagne as a "powerful and poetic piece of art"