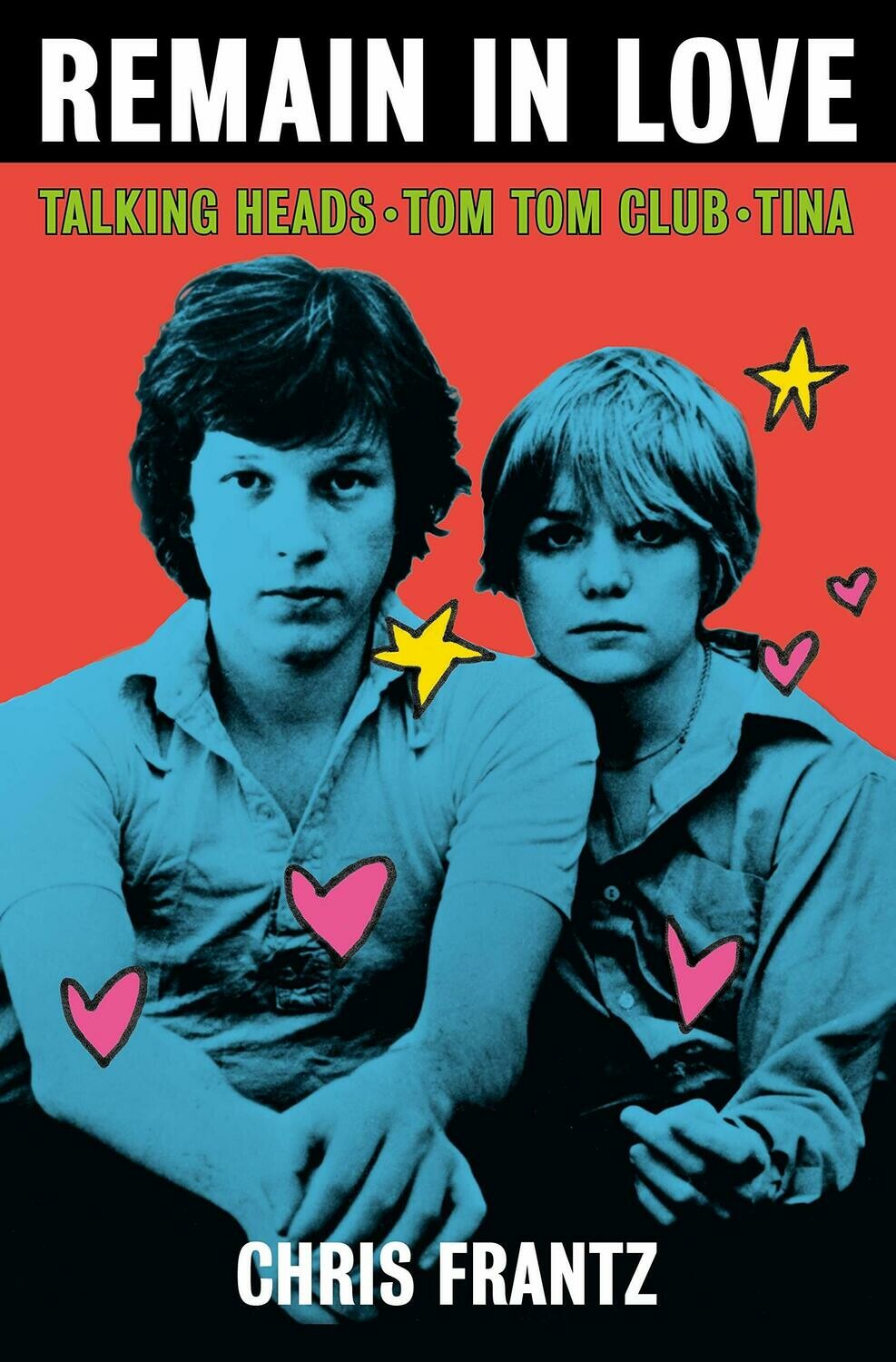 One of the most dynamic groups of the ‘70s and ‘80s, Talking Heads, founded by drummer Chris Frantz, his girlfriend Tina Weymouth, and lead singer David Byrne, burst onto the music scene, playing at CBGBs, touring Europe with the Ramones, and creating hits like “Psycho Killer” and “Burning Down the House” that captured the post-baby boom generation’s intense, affectless style.

In Remain in Love, Frantz writes about the beginnings of Talking Heads—their days as art students in Providence, moving to the sparse Chrystie Street loft Frantz, Weymouth, and Byrne shared where the music that defined an era was written. With never-before-seen photos and immersive vivid detail, Frantz describes life on tour, down to the meals eaten and the clothes worn—and reveals the mechanics of a long and complicated working relationship with a mercurial frontman.

At the heart of Remain in Love is Frantz’s love for Weymouth: their once-in-a-lifetime connection as lovers, musicians, and bandmates, and how their creativity surged with the creation of their own band Tom Tom Club, bringing a fresh Afro-Caribbean beat to hits like “Genius of Love.”

Studded with memorable places and names from the era—Grace Jones, Andy Warhol, Stephen Sprouse, Lou Reed, Brian Eno, and Debbie Harry among them—Remain in Love is a frank and open memoir of an emblematic life in music and in love.