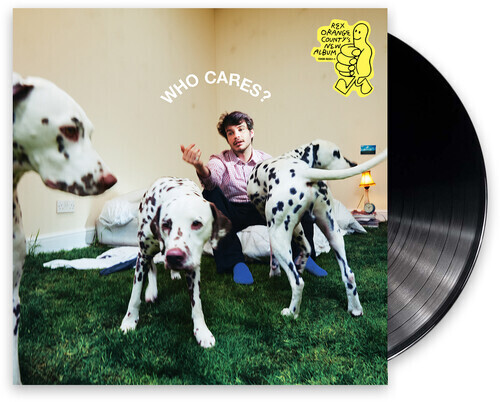 WHO CARES? is Rex's first studio album since 2019's critically acclaimed album, PONY. WHO CARES? was made in close partnership with musician Benny Sings, over the course of a few sessions in Sings' Amsterdam studio. After spending the bulk of 2020 quarantined back home in the UK due to the Covid-19 pandemic, Rex made the trek to Amsterdam that fall to record with Sings. What started as sessions without expectations turned into an incredibly productive 48-hour window of recording with Benny, prompting a follow-up trip to Amsterdam. The subsequent 10 days of work together produced his fourth album, made in close partnership with Benny, that is a playful record by an artist in a playful mood. The album also finds Rex reunited with Tyler, The Creator, who contributes a verse to "OPEN A WINDOW," which marks the first time the two have collaborated since Tyler's 2017 album Flower Boy.