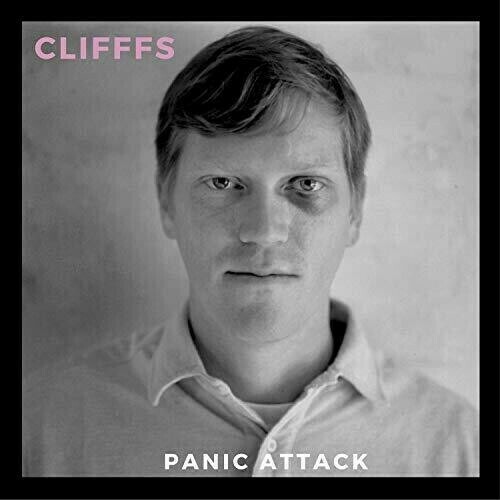 The Clifffs made a perfect record in their sophomore effort, PANIC ATTACK. Under-the-radar greatness is nothing new for CLIFFFS frontman/mastermind John Dufilho. He's done it with The Deathray Davies. He's done it with Cantina. He's done it as producer and player on scores of albums by other artists, my own included. Something about this CLIFFFS project is different though. The lineup is smaller, for one thing. John's joined only by a tight, simple rhythm section comprised of Andy Lester (bass, vocals) and Bill Spellman (drums, vocals), and perhaps this is an intentional counterintuitive strategy - less is more. It works. In PANIC ATTACK's 13 tracks, there's more breathing room than in any previous Dufilho project. And the result is somehow messier. And bigger. Giant even. Perfect. Mostly, the songs here are not as short as those found on the CLIFFFS' 2016 debut bill, You're Only Human, which was a favorite of college/NPR/indie radio. These new tunes are charmingly compact nonetheless. The asceticism of that debut album has also relaxed in the arrangements of the songs on PANIC ATTACK. A little breathing room for a solo here, or an extra chorus there, allows the listener to live in the song a moment longer. It's as if John Dufilho and CLIFFFS are feeling their way through the darkness, allowing each step to take them a little farther. Or maybe these veteran Dallas rockers are mad scientists, combining fizzing, bubbling substances at random and then marveling at the explosions. Producers Rip Rowan and Alex Bhore do a fantastic job of capturing these explosions on tape. And CLIFFFS' new label We Know Better Records is doing their damnedest to bring the thing safely to the listening public. CLIFFFS' PANIC ATTACK is a triumph of imperfection - noise and chaos and characters living in real time. After a few listens, a narrative emerges amidst the racket, a protagonist wrestling with the world and his place in it. The album's penultimate track "Tilt," a 2-minute barn burner, finds John Dufilho reveling in the discord: "... I'll shout/and I'll sing all out of tune/and then soon, I'll feel connected. " In this era of fraudulent supposed perfection, CLIFFFS' glorious new album PANIC ATTACK gives us the thing we need most: connection - Rhett Miller (Old 97's)