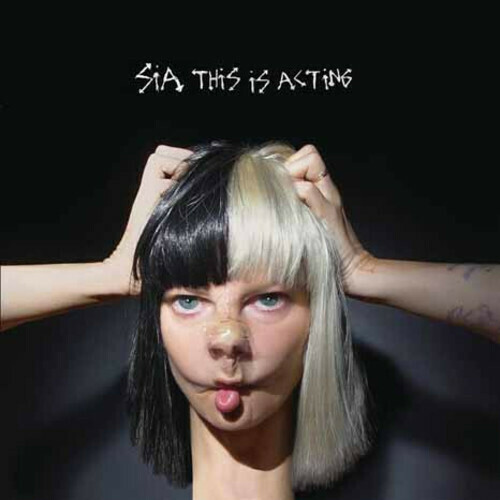 Sia / This Is Acting

This Is Acting is the seventh studio album by Australian singer-songwriter Sia. It was released on 29 January 2016 by Inertia, Monkey Puzzle and RCA. The album is mainly an electropop album with soul influences. The album is composed of songs written by Sia which were rejected by other artists, such as Adele and Rihanna. "Alive", the album's lead single, was released on 24 September 2015. The second single, Cheap Thrills, was released on 11 February 2016. The remix of the track featured guest vocals from Sean Paul.

The album received generally positive reviews from music critics, who complimented the bold production and Sia’s vocals. At Metacritic, which assigns a normalised rating out of 100 to reviews from mainstream critics, the album received an average score of 67, which indicates "generally favorable reviews" However, it received criticisms for the fact that the songs were not very personal and the messages of the songs could be taken in different ways. The album debuted at number four on the Billboard 200, selling 81,000 copies in its first week, becoming Sia's highest first week sales in the USA.