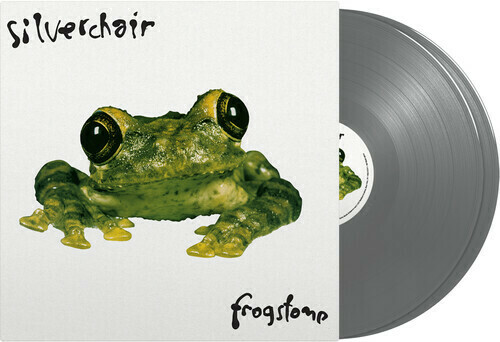 Limited silver colored vinyl LP pressing. Frogstomp is the debut studio album by Australian alternative rock band Silverchair. It was released on 27 March 1995, when the band members were only 15 years of age, by Murmur Records and reached number one on the album charts. On 20 June 1995, Frogstomp was released by Epic Records in the U.S. and has been certified double platinum by the RIAA. Limited pressing on Metallic Silver vinyl - Matte Gatefold Jacket with UV Spot - Includes "Blind" the bonus track on the original pressing - D Side Frog Etching - New Gatefold artwork layout