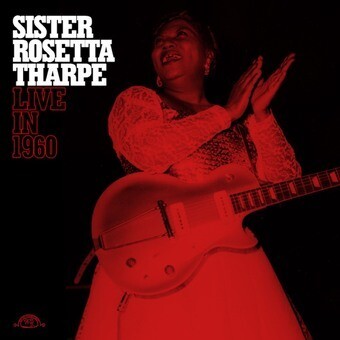 Sister Rosetta Tharpe was the first great recording star of gospel music and among the first gospel musicians to appeal to rhythm-and-blues and rock-and-roll audiences, later being referred to as "the original soul sister" and "the godmother of rock and roll". This live recording from 1960 had never been on vinyl, until now, a whole 57 years later. The set has plenty of variety, lots of sincere feeling, and high levels of musicianship from the unique performer. Highlights include "He's Got the Whole World In His Hands," "Didn't It Rain," "The Gospel Train" and "Down By the Riverside." The album was remastered for vinyl from analog tape and pressed at Pallas Group in Germany.