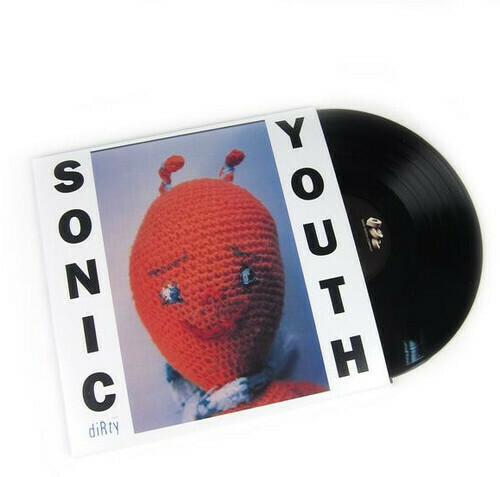 Limited double vinyl LP pressing. When Dirty was released in 1992, it was seen by many as the band's big move toward the grunge market. Heard today, Dirty doesn't sound like a masterpiece (like Daydream Nation) or a gesture toward the mainstream audience (like Goo) - it just sounds like a damn good rock album, and on those terms it ranks with Sonic Youth's best work. The band recorded and produced the album with Butch Vig in early 1992 at The Magic Shop studios. The album spawned four singles. The first single was "100%". The next was "Youth Against Fascism". The last two were "Sugar Kane" and "Drunken Butterfly", released in 1993. The album sold exceptionally well, reaching #6 in the UK Albums Chart (their highest charting album in the UK) and #83 in the US.