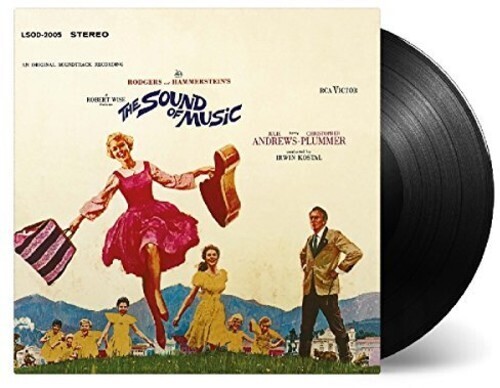 Talk about going out with a bang! The final collaboration between Richard Rodgers and Oscar Hammerstein II became one of their most cherished treasures. The screen adaptation of the Broadway production sealed the deal as songs became standards and the whole world joined the Von Trapps in singing "My Favorite Things," "Climb Ev'ry Mountain," "The Sound of Music," "Do-Re-Mi," "Something Good," "Edelweiss," "So Long, Farewell" and more. This will be a joy to own: the original soundtrack of "The Sound of Music" on 180-gram vinyl with an eight-page booklet! Music on Vinyl.