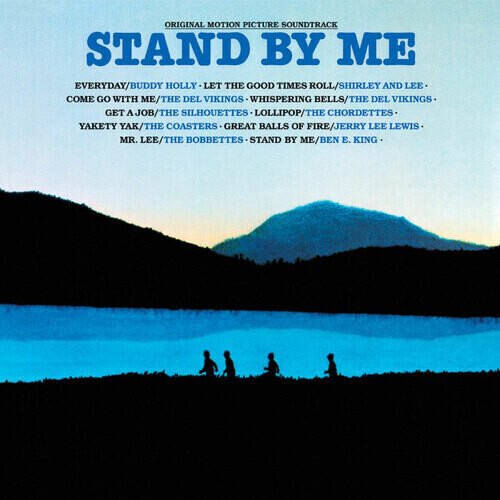 Stand By Me OST Reissue

1986 was a big year for a huge blockbuster movie called Stand By Me. The Rob Reiner classic truly made way for the hit soundtrack companion LP, which sailed to the top of both the sales and airplay charts with the classic re-charting hit title track Stand By Me by the late great Ben E. King. The classic movie featured some of the biggest songs honoring the birth of rock and roll including Buddy Hollys worldwide smash hit single Everyday as well as The Silhouettes smash #1 Get a Job and The Coasters rock champion Yakety Yak.

Friday Music proudly announces the first time 180 Gram Audiophile Vinyl release of Stand By Me - The Original Motion Picture Soundtrack. This mega movie soundtrack rock classic comes with all of the great tunes you remember like Let the Good Times Roll by Shirley and Lee and Come Go With Me by The Del Vikings. This stunning album is mastered impeccably by Joe Reagoso (Elvis Presley/Sons of Anarchy/Brian Wilson) from the Atlantic Records tapes and includes the original LP sized artwork, not seen since its original 1986 release.