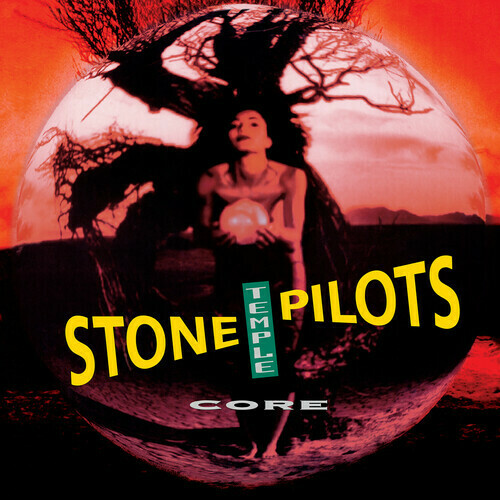 Vinyl LP pressing. When an album peaks at #3 on the Billboard Top 200, amasses a large fanbase worldwide, and quickly becomes certified platinum, it's clear it's something worth plugging into. With their debut album, the socially-charged Core, San Diego's Stone Temple Pilots deliver a hard-hitting grunge record that delves into dark lyrical territory, driven home by Scott Weiland's powerful vocals. With hit singles "Plush" and "Sex Type Thing" going on to become definitive songs of the 1990s, the band garnered a great deal of media attention - at times incredibly negative - for their whirlwind success. Rolling Stone readers named the group the Best New Band of 1992, whereas it's staff christened them the Worst New Band. Despite their polarizing reception, the Pilots would secure a Grammy Award for Best Hard Rock Performance for "Plush" and Core would be certified eight times platinum in 2001. Songwriting, you could say, is the band's definite core.