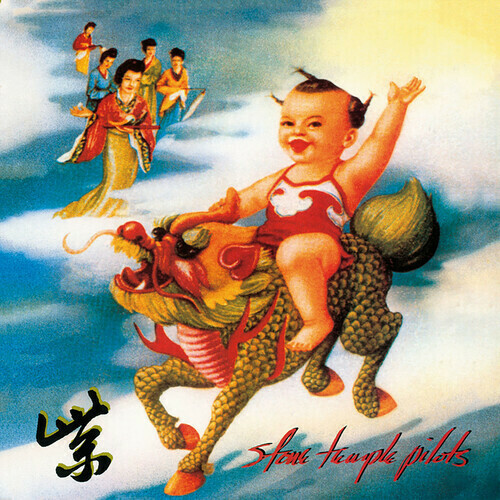 Vinyl LP pressing. Purple is the second studio album by the rock band Stone Temple Pilots, released on June 7, 1994 by Atlantic Records. The album, building off the foundations laid by the band's debut album Core, was a huge success for the band, debuting at number one on the Billboard 200 chart and remaining there for three weeks, eventually selling over six million copies. It spawned a number of successful singles - "Vasoline" and "Interstate Love Song" both topped the Mainstream Rock Tracks chart and hit number 2 on the Modern Rock Tracks chart, while "Big Empty" also cracked the top ten on both charts.