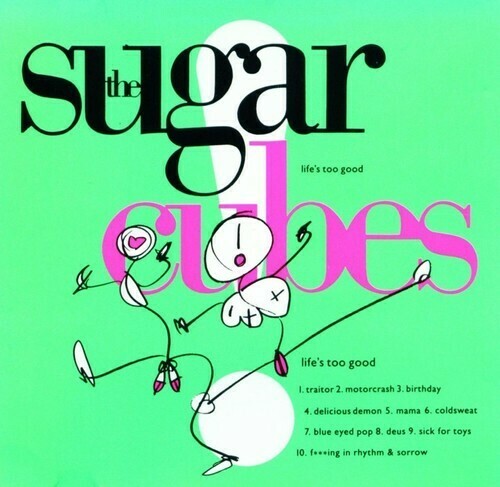 Limited vinyl LP repressing of this 1988 debut album by the Icelandic alt-rock band fronted by Bjork. Through the first single, "Birthday", The Sugarcubes received attention in Europe and the United States. "Ammæli", afterwards released in English as "Birthday", entered the charts outside Iceland, leading the band to put Icelandic music on the world map. "Birthday" was chosen as "single of the week" by both NME and Melody Maker in August 1987 and was also selected #1 in John Peel's Festive Fifty for 1987. The album has been chosen as one of the 1001 Albums You Must Hear Before You Die.