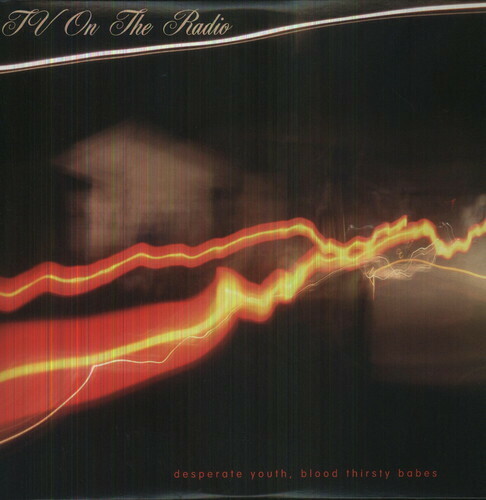 TV On The Radio / Desperate

2004 debut full length from TV on the Radio. Nine songs about (in no particular order) - discordant living, misrepresentation, how nothing nothing can be, life, afterlife, love and love "after hours". These are pop songs, these are rock songs, these are art songs. They are these things, but then there's so much more going on here. TVOTR began attracting listeners with their July 2003 debut EP 'Young Liars". Making numerous top ten lists in 2003, and with strong sales, 'Young Liars' made it's presence known on the underground music scene, and it has not been forgotten. This debut full length album continued right where Young Liars left off and propelled the band into uncharted sonic territory. Herein you will find more undeniably catchy songs with incredible production, arrangements, champion crooning (including stunning a cappella performances) and a host of extras that makes this serious, solid stuff.