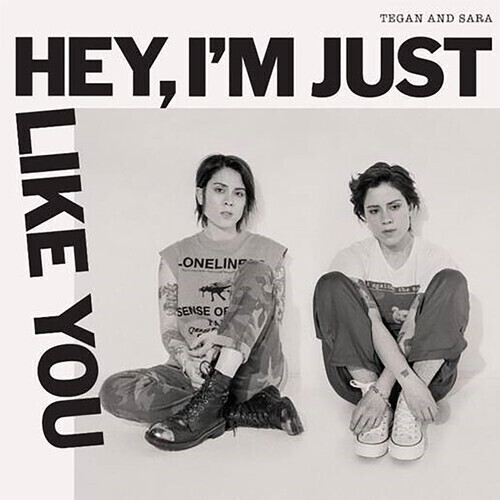 Vinyl LP pressing. 2019 release. Twenty years into their career, Tegan and Sara have recorded an album that is based on the first songs they ever wrote. Hey, I'm Just Like You is their ninth studio album overall and first since 2016's Love You to Death. Hey, I'm Just Like You is a return to Tegan and Sara's rock and punk roots, with a punch of pop production. Recorded in Vancouver, Canada in April and May 2019, the album recasts the remarkable innate songwriting talents both possessed as teenagers, and allows these previously unreleased songs to benefit from the studio expertise they have gained in the past two decades - a period that has seen them release eight studio albums, earning seven Gold certifications and one Double Platinum certification in the process. Defiant and melodramatic, the songs capture the exultation and grief of first loves, first losses, ecstatic kiss-offs, and psychedelic tributes to friendship.