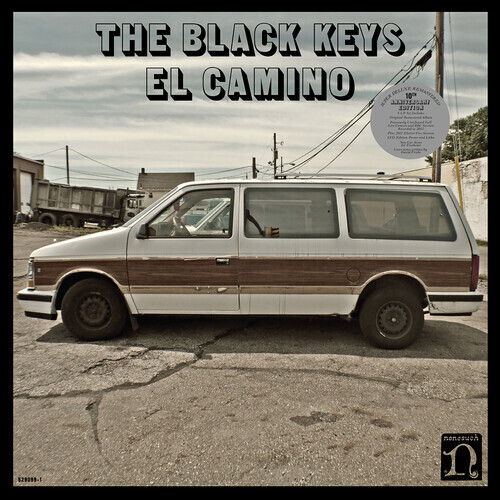 El Camino was produced by Danger Mouse and The Black Keys and was recorded in the band’s then-new hometown of Nashville during the spring of 2011.The Black Keys won three awards at the 55thannual GRAMMY Awards forEl Camino– Best Rock Performance, Best Rock Song, and Best Rock Album—among other worldwide accolades. In the UK, the band was nominated for a BRIT Award (Best International Group) and an NME Award (Best International Band).The week of release, the band performed on Saturday Night Live, the Colbert Report, and the Late Show with David Letterman, and later that year, went on to perform their first Madison Square Garden show.