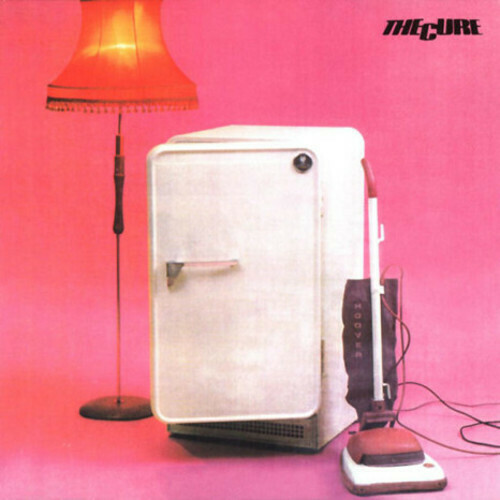 Limited 180gm vinyl LP pressing. Three Imaginary Boys was released on 8 May 1979 by record label Fiction. The record company decided which songs were put on the album, as well as the cover artwork, without Robert Smith's consent. For all Cure albums since, Smith has ensured he is given complete creative control over the final product before it goes on sale. The "Foxy Lady" soundcheck, with vocals sung by Michael Dempsey, was not supposed to be on the album, and was removed for the American release. Smith has stated that "songs like 'Object' and 'World War' and our cover of 'Foxy Lady' were [Chris Parry's] choice". Despite Smith's displeasure with the record, Three Imaginary Boys was well-received critically at the time of it's release. Sounds' Dave McCullough praised it in a 5-star review and noted: "The Cure are going somewhere different on each track, the ideas are startling and disarming". McCullough noted the variety of the material and qualified "Grinding Halt" as a "pop song that reminds you of the Isley Brothers or the Buzzcocks".