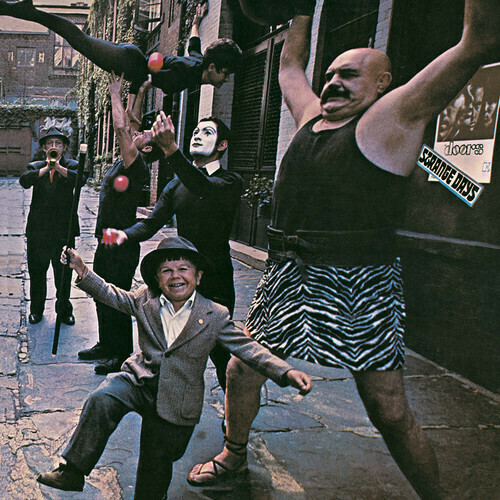 Vinyl LP pressing. Digitally remastered mono edition. Strange Days (50th Anniversary Deluxe Edition) was produced by the album's original engineer Bruce Botnick. It features the album's original mono mix, which has been remastered for this set and has been out of print for years. Strange Days is the second studio album by The Doors. Released in September 1967, it was a commercial success, reaching #3 on the Billboard 200 album chart and eventually earning a RIAA platinum certification. The album also yielded the Top 30 hit singles "People Are Strange" and "Love Me Two Times". Strange Days was recorded during tour breaks between May and August 1967 at Sunset Sound Recorders in Hollywood (the same studio as their first LP). In contrast to the 1966 sessions, producer Paul A. Rothchild and engineer Bruce Botnick employed a cutting-edge 8-track recording machine. The protracted sessions allowed the band to experiment in the studio and further augment their otherworldly sound with unusual instrumentation and sonic manipulation; developed with the assistance of Paul Beaver, the title track constitutes one of the earliest uses of a Moog synthesizer in rock.