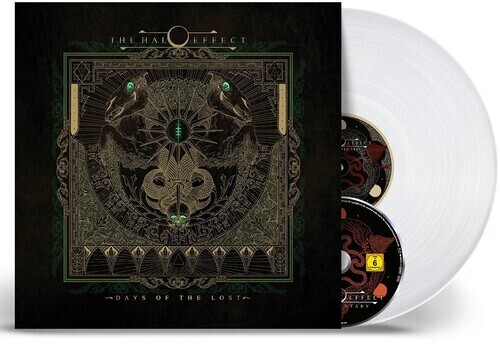 The Halo Effect / Days Of The Lost

For a decade, fans have been longing for the sound of classic Gothenburg Melodic Death Metal. While THE Halo Effect is a brand new band, the protagonists are nothing but icons: guitarist & songwriter, Jesper Strömblad of IN FLAMES (1990-2010), original IN FLAMES singer Mikael Stanne (DARK TRANQUILLITY) as well as later band members Peter Iwers, Daniel Svensson and Niclas Engelin. "Days Of The Lost" embodies their musical heritage as well as their future, giving fans an extraordinary treat! Clear vinyl includes Documentary Blu Ray