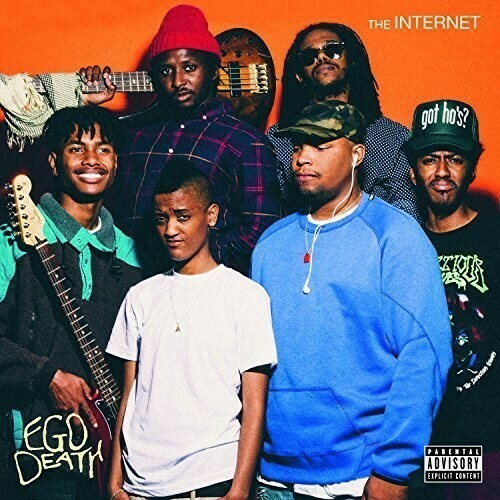 Double vinyl LP pressing. 2015 release. Ego Death is The Internet's most evolved album to date, featuring guest appearances from the likes of Janelle Monae, Tyler, the Creator, and Vic Mensa. The band says Ego Death is about 'being vulnerable and honest. It's about us growing up as a band and as individuals, and the challenges we're facing and learning from. It's about us acknowledging our egos and the egos around us, and using them the best way we know how.' Ego Death was recorded in the band's hometown of Los Angeles. The album is a heady mix of confessions and come-ons, shiny Rhodes keyboard glimmers, chugging drums, slinking bass lines, and Syd's honeyed voice anchoring the mix. It's a record that connects the dots between Digable Planets, Erykah Badu's Baduizm, the warm, inviting breezes of the West Coast, and the stories that only happen very late at night or very early in the morning, all played by musicians who are carrying the soul torch for the new generation.