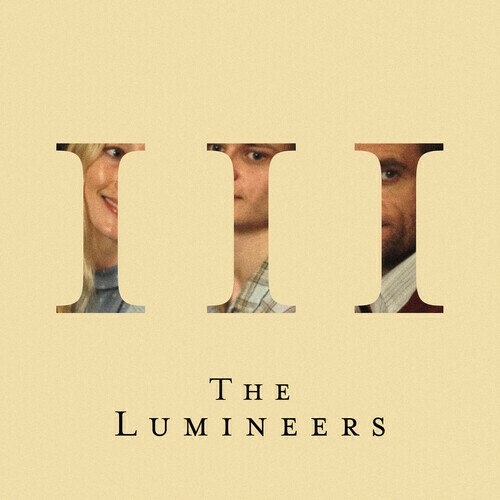 Vinyl LP pressing in gatefold jacket. 2019 release. Two-time Grammy-nominated band The Lumineers are back with their third album, III, a cinematic piece presented as a narrative in three chapters, with each one centering on one main character. III's concept began while the band was writing in the Catskill mountains, where producer Simone Felice works. Decidedly darker than their previous work in concept, but replete with their trademark expressive vocals and dynamic arrangements, III boldly and expertly goes in an artistic direction not yet traveled by the band. The Lumineers have enjoyed substantial commercial success; their 2012 self-titled debut was certified triple-platinum in 2018, and their sophomore album Cleopatra was certified platinum in the same year after it's 2016 release. They've had multiple #1 hits on the Triple A and Alternative radio charts, and have sold out tours across the world; over 300,000 tickets were sold on 2017's Cleopatra world tour. The Lumineers have also supported icons and their musical heroes on the road, including Tom Petty and the Heartbreakers and U2's Joshua Tree tour.