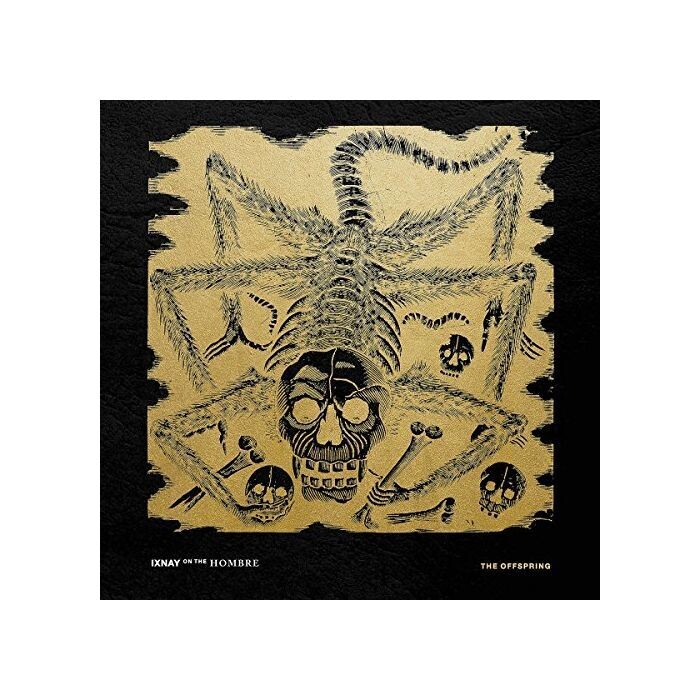 The Offspring / Ixnay On The Hombre

The Offspring: Dexter Holland (vocals, guitar); Noodles (guitar, vocals); Greg K (bass); Ron Welty (drums). Additional personnel: Jello Biafra (spoken vocals); Calvert DeForest, John Mayer, Jason "Blackball" McLean (vocals); Paulinho DaCosta (percussion); Davey Havoc (background vocals). Recorded at Eldorado Recording Studio, Hollywood, California. So the Offspring jumped ship from California proto-indie Epitaph to corporate behemoth Columbia. So what? Anyone who thinks going for the brass ring is less than "punk" should remember that back in the days of No Future, the Sex Pistols, the Clash and their brethren set their sights on nothing less than total world domination. Despite their proletarian orientations, the godfathers of punk were determined to become rock stars in order to shove their messages down the world's collective throat. So, don't give the Offspring any grief for taking that leap 20 years later, when it means a hell of a lot less. Contrary to punk expectations, there are no string sections or Tom Scott sax solos on IXNAY ON THE HOMBRE. The band's songs still leap off the disc with the same breakneck beat and aggressive guitar attack as on previous Offspring releases. Sure, the band has expanded its sound a bit; with the help of Jane's Addiction producer Dave Jerden, several songs sound more than a little like, well, Jane's Addiction. But better that than allow the music to stagnate in order to meet unreasonable expectations about "authenticity." Don't worry, dude, the Offspring still rocks.