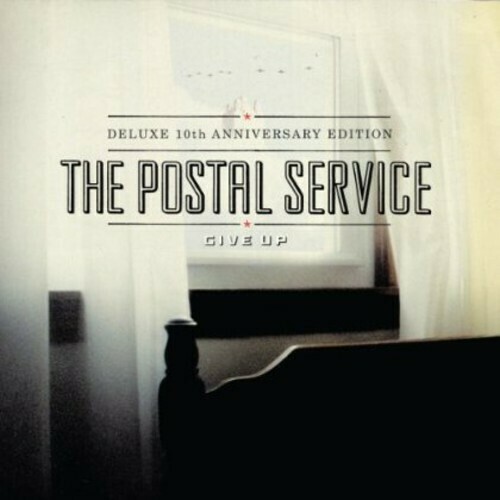 The Postal Service Get Up Deluxe

Give Up is the debut album by electronic music band The Postal Service, released February 19, 2003 on Sub Pop Records. The band began as a side project between electronic music artist Jimmy Tamborello and Death Cab for Cutie's vocalist Ben Gibbard. The two had previously worked together for a track on Dntel's album Life Is Full of Possibilities. The Postal Service's only full-length release, Give Up was the second Sub Pop Records release to receive platinum certification, their best selling album since Nirvana's Bleach. The album peaked at #114 on the U.S. Billboard 200 album chart in it's initial release; the 2013 tenth-anniversary reissue of the album peaked at #45 in April 2013. As of January 2013, Give Up had sold 1.07 million copies. The album was generally well received, and critics commented on it's throwbacks to the eighties new wave genre.