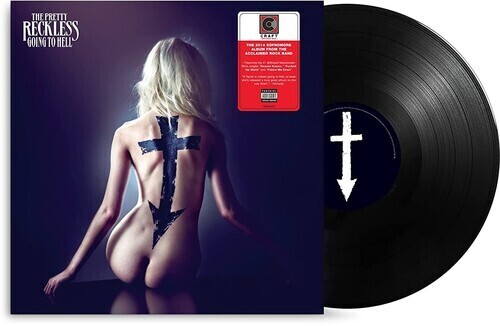 Going To Hell is the second studio album from American rock band The Pretty Reckless. Originally released in 2014, the album debuted at #5 on the Billboard 200, making this the band's first Top 10 album on the chart. It spawned five singles, including "Heaven Knows," "Messed Up World" and Follow Me Down," all three of which reached #1 on Billboard's Mainstream Rock Songs Chart. LP Packaging: Gatefold Jacket.