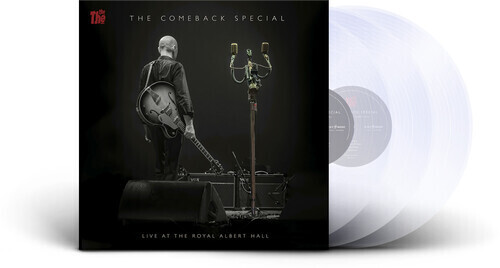 The The / The Comeback Special

The Royal Albert Hall concert was the first of a trio of London shows during The Comeback Special tour—the others taking place at Brixton Academy and The Troxy—all of which sold out within minutes of going on sale.

Performing live for the first time in 16 years with a headline appearance at Denmark’s Heartland Festival a few days before the Royal Albert Hall concert, the rejuvenated THE THE, which featured previous members James Eller on bass, DC Collard on keyboards and Earl Harvin on drums and new member Barrie Cadogan on guitar alongside Matt Johnson, would go on to play sold-out shows and make festival headline appearances across the globe throughout 2018.