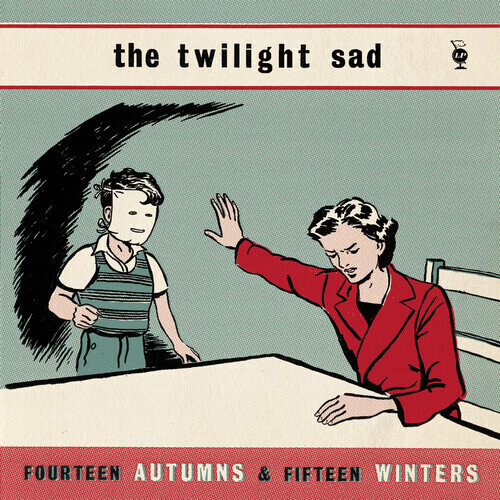 Available in a new repress, Fourteen Autumns & Fifteen Winters is the the breakthrough debut album from The Twilight Sad. A complete record, the nine tracks work together to create a strong narrative flow. Deceptively simple songs are rendered transcendent. Bleached, overdriven guitars consistently ride a line between ambient and coruscating, working in tandem with an articulate, at times tumultuous rhythm section, forever poised between tension and release. Augmented by piano and more frequently accordion, which provide the songs with a dramatic swoon, The Twilight Sad purvey an awestruck, ragged sentimentality. Lyrically suggestive and metaphorical, their songs give glimpses of bitter experience and romantic failure, their songs at times verging on the anthemic or celebratory, yet firmly rooted in the familiar, often unsaid hurt behind day to day events.