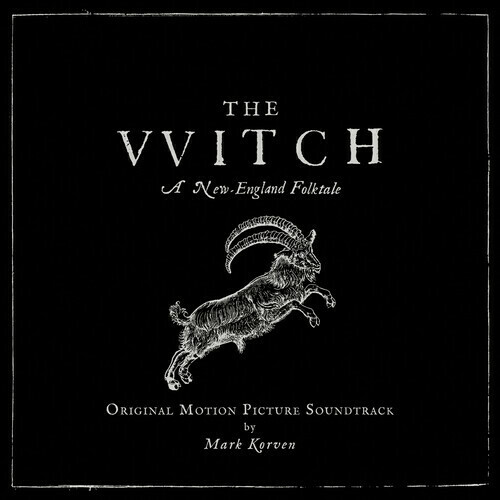 The Witch (Original Motion Picture Soundtrack) - 150 gram black vinyl. LP pressing, includes digital download. The Witch is an upcoming horror film directed by newcomer Robert Eggers. Set on the edge of a dark forest in 17th-century New England, The Witch is a tale of only family's terrifying unraveling under the specter of black magic, possession and an unknown evil. When an English farmer leaves his colonial plantation and relocates his family to a remote plot of land, strange and unsettling occurrences begin happening immediately - animals become vicious, crops wilt and one of the children disappears. Paranoia grips the family as they accuse one of their own of witchcraft. Any great horror film has an equally impressive composer. The Witch is no different. Mark Korven has created a one-of-a-kind spine-chilling score by employing obscure instrumentation from hurdy gurdys to nyckelharps. The result is a discordant, spectral affair that draws the listener into the misty world of the family's farm as horror permeates throughout.