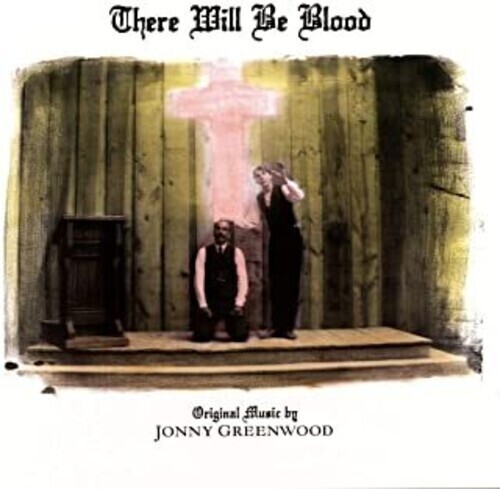 There Will Be Blood OST

Guitarist/composer Jonny Greenwood's Grammy and BAFTA Award-nominated score to writer/director Paul Thomas Anderson's Academy Award-winning film There Will Be Blood, first released on Nonesuch Records in 2007, will be released on vinyl worldwide for the first time on January 18, 2019, via Nonesuch.

The LP was mastered for vinyl by Graeme Stewart and Christian Wright at Abbey Road Studios and pressed on 140-gram vinyl at Record Industry in the Netherlands with two additional tracks — "Proven Lands (Intro.)" and "De-Tuned Quartet" — and comes in an old-style gatefold jacket.

One of the most memorable scores this side of the year 2000, exclaimed IndieWire when placing There Will Be Blood at No. 2 its list of the 25 Best Movie Scores of the 21st Century. In this adaptation of the Upton Sinclair novel "Oil!," starring Daniel Day-Lewis in an Oscar-winning performance, "Greenwood's work, which is string-heavy and beautifully unsettling, is as memorable as Day-Lewis' performance ... Close your eyes and you can almost feel the oil pulsing beneath the ground."

The music is performed by the BBC Concert Orchestra led by Robert Ziegler, the Emperor Quartet, Caroline Dale (cello), and Michael Dussek (piano).

140-gram LP pressed at Record Industry in the Netherlands