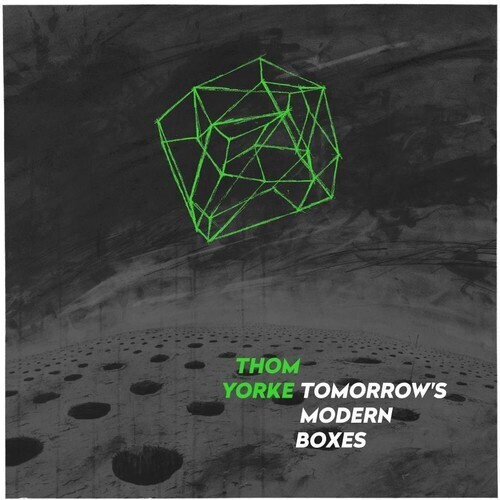 Heavyweight 180gm white vinyl LP pressing with undersize 75mm center labels, housed within heavy white board inner and outer sleeves. These are printed with a metallic silver laminate then multi-tone black and a striking neon green. 2014 release, the second solo album by Thom Yorke, best known as the frontman from British alternative rock band Radiohead. It was produced by Radiohead producer Nigel Godrich, with artwork by Radiohead artist Stanley Donwood. The album blends Yorke's vocals and piano playing with electronic beats and textures. Yorke originally released Tomorrow's Modern Boxes independently via a paid-for BitTorrent bundle. He and Godrich expressed their wish to find "an effective way of handing some control of internet commerce back to people who are creating the work". The album was downloaded over a million times within six days of release, and became the most-downloaded legal torrent of 2014; by February 2015, it had been downloaded over 4.5 million times. Tomorrow's Modern Boxes is an eight-track release that has not been readily available commercially on physical format apart from a few selected countries.