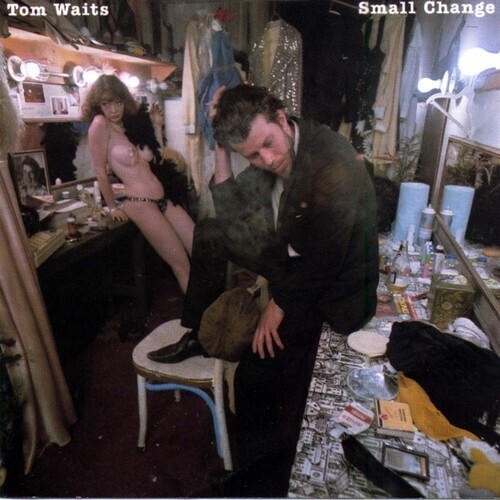 Vinyl LP pressing. After signing with Asylum Records in the early 1970s, Tom Waits recorded a series of acclaimed albums whose noir tales about the after-midnight underworld transformed the seedy into the sublime in songs laced with both dark humor and profound longing. Decades and several musical evolutions later, Waits' Asylum years still hold a special place in the hearts of many fans. Waits' first seven albums on Asylum have been remastered and will be re-released via Anti-Records. 1976's Small Change is a masterpiece that contains some of Waits' best early work. Classic jazz, Tin Pan Alley, and Stephen Foster filtered through Tom's unique worldview and lyrical genius. Heartbreaking, hilarious and always vivid, songs like "Step Right Up," "Tom Traubert's Blues," "I Wish I Was in New Orleans," "The Piano Has Been Drinking" and "Invitation to the Blues" are all classics that have influenced generations of songwriters since. Recorded with a live orchestra and featuring jazz legend Shelly Manne on drums, Small Change stands as one of Tom Waits' most popular recordings.