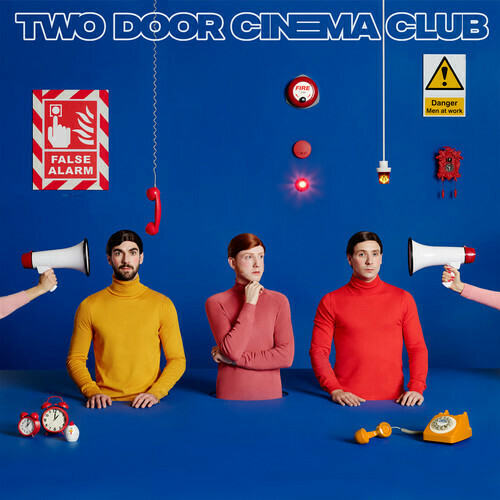 Vinyl LP pressing. 2019 release. Two Door Cinema Club's highly-anticipated fourth album False Alarm finds the three piece gloriously unshackled and creatively at the peak of their game. Across it's ten tracks, False Alarm wryly scans and satirizes the social and environmental woes of 2019 through the prism of wonderfully off-kilter pop, simultaneously borrowing from and warping elements of future pop, disco, rock, funk and soul. Recorded in sessions between London and LA with producer Jacknife Lee (U2, REM, The Killers), it's an LP that takes the familiar and twists it, to startling and stimulating effect.