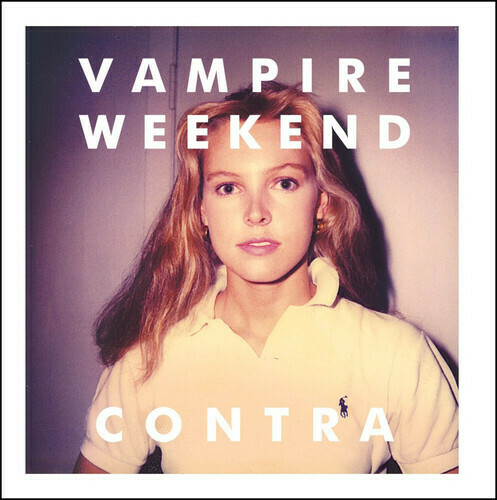 Vinyl LP pressing. 2010 sophomore album from the U.S. Indie Pop band. Like the first album, Contra was produced by keyboardist Rostam Batmanglij and is the realization of a whole and unique musical vision that sees the band stretching out and adding new textures, instrumentation, and rhythms into their sound. Primarily recorded in New York with a springtime sojourn to Mexico, Contra feels altogether fresh, joyous, and like nothing else but is immediately recognizable as the sound of Vampire Weekend. Features the first single 'Horchata'.