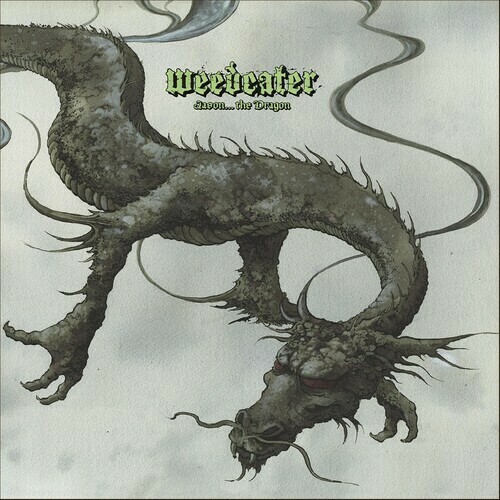 Limited clear and red colored vinyl LP pressing. Cape Fear's own Weedeater - featuring the notorious "Dixie" Dave Collins, formerly of Bongzilla and Buzzoven - are like no other heavy band. With a style and presence that is unfiltered, unrefined, and unruly, the notorious North Carolina trio have burned through the heavy rock underground for over twenty years and released five albums along the way including... And Justice For Y'All (2001), Sixteen Tons (2003), God Luck And Good Speed (2007), Jason... The Dragon (2011) and Goliathan (2015). Weedeater's fourth album Jason... The Dragon built upon the heavy and eccentric sides of the distinct band's crazed sludge metal sound. Recorded and mixed by the legendary Steve Albini (Nirvana, High On Fire) and mastered by the equally as revered John Golden (Neurosis, Melvins, Pelican), the 10-track beast is pure, unabashed, musical violence in every form.