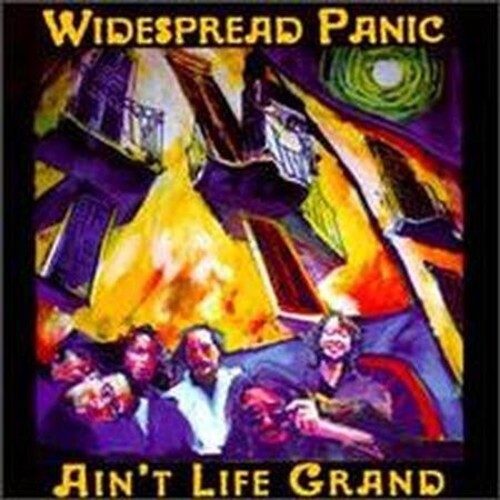 Double purple and yellow colored vinyl LP pressing. Ain't Life Grand is the fourth studio album by the Athens, GA-based band Widespread Panic. It was released by Capricorn Records and Warner Bros. Records on September 6, 1994. The band began rehearsing for the album by recording pre-recording sessions at John Keane's home studio like their first album, Space Wrangler. They were so pleased with the results that they decided to use the sessions for Ain't Life Grand instead of going into the studio on a future date with their producer Johnny Sandlin.