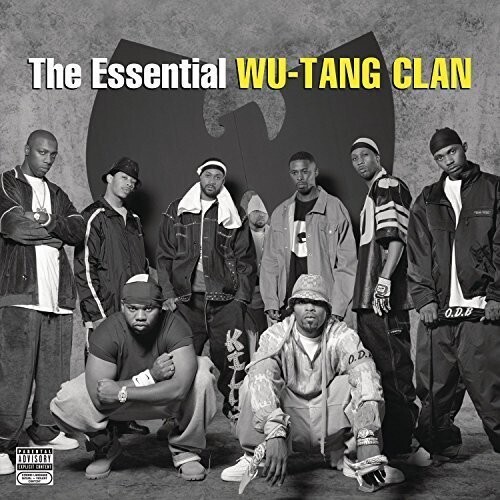 Limited double vinyl LP pressing containing 20 classics from the hip hop collective. Definitive, career-spanning and comprehensive, The Essential series features the biggest hits and best-loved songs from the most famous names in music history! An incredible value, each package features classic hits and signature songs by superstar artists. This vinyl set by Wu-Tang Clan includes "Da Mystery Of Chessboxin'", "Shame On A Nigga", "Protect Ya Neck", "As High As Wu-Tang Get" and many more. The Wu-Tang Clan was originally composed of East Coast rappers RZA, GZA, Method Man, Raekwon, Ghostface Killah, Inspectah Deck, U-God, Masta Killa, Ol' Dirty Bastard and Cappadonna. The group was formed in and is associated with the New York City borough of Staten Island. The Wu-Tang Clan has released seven gold and platinum studio albums with worldwide sales of more than 40 million albums, including members' solo projects, since 1992. It's debut album, Enter the Wu-Tang (36 Chambers), is considered to be one of the greatest albums in hip-hop history and it is said to have been groundbreaking for hip-hop and one of the most important albums of the hip-hop golden age.