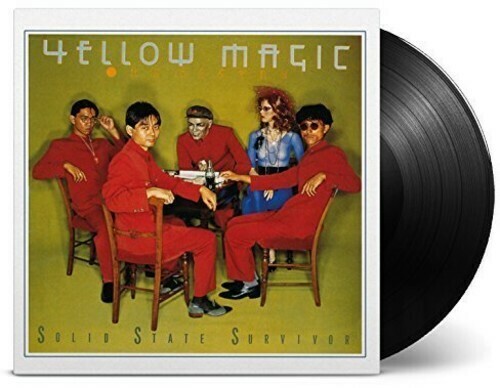 Limited 180 gram audiophile vinyl LP pressing including insert. Housed in a PVC sleeve. While Kraftwerk was emerging in Europe and became an influence and inspiration to the Japanese superstars, YMO stayed true to their unique sound. YMO's second album Solid State Survivor was released in 1979 and represented numerous crossover tracks from techno to new wave. Solid State Survivor is probably the most sampled YMO album, as over the years several artists performed numerous covers of 'Behind The Mask'. This extremely popular album peaked at #1 in several charts all over the world.