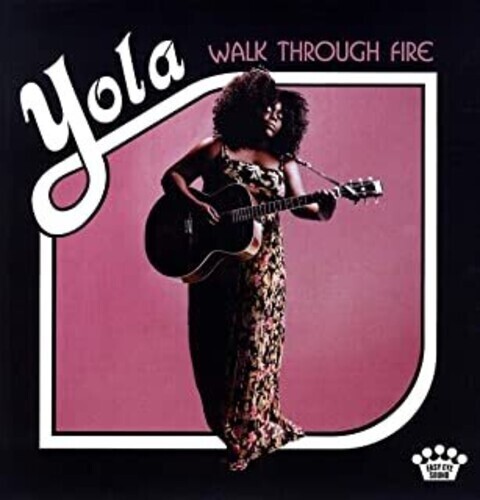 British rising star Yola's debut solo album, Walk Through Fire, produced by The Black Keys' eight-time Grammy Award winner Dan Auerbach, will be released on February 22, 2019, on Auerbach's Easy Eye Sound label, distributed by Nonesuch Records. the album is available to pre-order in the Easy Eye Sound Store and Nonesuch Store with instant downloads of two songs from the album, "Faraway Look" and "Ride Out in the Country," videos for which can be seen below.

Yola has blazed her own trail with a passion for the soul and country music she loves. Walk Through Fire is a contemporary twist on a traditional sonic tapestry of orchestral strings, fiddle, steel, and shimmering tremolo guitars, it provides the perfect soundtrack to Yola's arresting vocals, which first came to the attention of Auerbach after a friend sent him a video of Yola performing in Nashville.

The moment I met Yola I was impressed, says Auerbach. "Her spirit fills the room, just like her voice … she has the ability to sing in a full roar or barely a whisper and that is a true gift. She made everyone in the studio an instant believer."